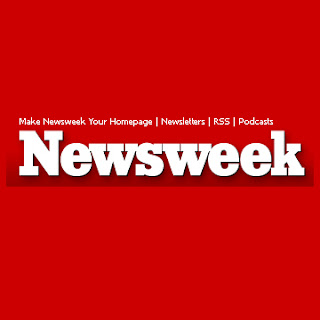 The author is David A Green who is a 2009 graduate of Duke University and is now a NewSqueak Magazine intern hoping to make a name for himself writing satirical news articles !!

Have a read yourself as its a good read and i think that he is going to do well !


Be sure to read the readers comments posted at the end of the article.
Posted by Peter Wolf at 17:21 No comments: Links to this post

This place has been dormant for a while now simply because i am fucking bombarded with insanity in terms of events that are unfolding by the day.Basically i am swimming in and surrounded by insanity on a daily basis with barely a let up in terms of the insanity that is unfolding and its staggering and its all coming from Govt who both here and in the US and to a lesser extent Europe whose political ranks have been taken over by insane leftist trash.

For example just today i picked up on this little bit of insanity that is from a left wing think tank [as others have pointed out this in itself is an oxymoron] called The New Economics Foundation who are brought to us and funded by us as they are part of what is known as the "Third Sector" who Neu Liebour splurge huge amounts of taxpayers money on each year to help them decide policy so in effect the taxpayers are funding the private sector.This has always gone on to a certain extent but NOTHING compares to the scale of the "Third Sector" which has grown under Neu Liebour and if you realised the scale of this like i do then you would be astonished.Hardly anyone is even aware of the "Third Sector" either but they have taken over the UK in terms of govt policy.


Why does anyone think that the levels of public spending in this country is astronomical with very little to show for it ?

Because huge chunks of taxpayers cash goes into the third sector to comission the reports produced by Anne Coote and her ilk who suckle off the public purse while telling us we should work less while she does virtually fuck all except be paid by us to produce useless reports.
Anyway this Think Tank has been paid by us to produce a report that is among other things advocating that we would be better off in every way possible by having our working hours cut by 40 to 50 percent !!

The problem with this Labour/Bilderberg filth that run this country is that they see the publish purse as a never ending unextinguishing cascade of money to be spent on whatever the fuck they like which is politically correct like the UK taxpayer paying for busloads of Enviro-Tards to be transported to protest outside the Copenhagen COP 15 NOHOPENHAGEN '09 Bullshit ExtravafuckingGanza late last year !!

Buy your own fucking tickets and pay your own way you pointless Twats !!Too fucking stupid for words in so many ways that it would take too long to list !

Read it for yourself - :


Fucking insane !! and the author of the 21 hour report claims that it will reduce unemployment and improve quality of life.Read the "Have your say" comments as they are brilliant !

Everyone who has a home and a family and is in debt which the majority of them are then they are locked into having to work a lot of hours because of the exhorbitant cost of living and to pay off their debts that they have to borrow to live you stupid Fucking bitch !!

Think about that for a minute and think about the truly mindblowing ignorance and sheer stupidity and total lack of understanding of economics which is what is being advocated by the reports author a certain Anne Coote.Sure enough i could write a 2000 word article about this insanity but i have other things to do instead.

We pay some lentil/granola munching Leftist to tell us we should working less !! WTF !!

Actually what she is saying is true because it would be great to be able to see more of your family and do worthwhile things with your time but this does not equate in anyway with the reality of living in 21st century UK and how someone could actually advocate it as a solution is fucking insane but its from a left wing think tank so WTF do you expect ? Look what 12 years of left wing think tanks have done to this country and decide for yourself.

Anyway enough but this is just my point.This is just one example randomly chosen on one day in February and i havent even visited half a dozen different news sources but if i did there would be at the VERY least half a dozen news items AT LEAST and in truth it would be more like a dozen and its a bit busy at present like i said.

Its difficult to know when to stop but i am drowning in this shit which is why i have stopped for a bit and i have been rather bogged down in quicksand with the Climategate fiasco elsewhere online which has been good because the failure of it meant missiion accomplished but there is so much more than that and thats just one topic.

There will be more insanity the next day and the next day after that but lately its seems to be growing expotentially by the day.

Snowed under with all this insane shit.

The good news is that the cracks are beginning to appear in the EUSSR project and its my opinion and that of my father who is another EURO/EU sceptic that the EURO/EU will eventually disintegrate simply because it has stretched itself far too thin in the name of expanding the EU "Empire" that it cannot economically support at present because the nations still have too much autonomy with their own economics and the only way that it will potentially survive in the longer short term is for it become more like the Soviet Union was with NO autonomy whatsover for the ex-nation states that have been assimilated into it in an attempt to stabilise it when it starts to disentegrate or will there be armed conflicts over nations that want to dissolve their relationship with the EU and become independent again ?

The way i see it is the EU might possibly decide to bail out [at our expense] Greece , Italy , Spain and Portugal and in return dictate the fiscal/monetary policy of those countries rather than letting them go because once they drop out of the Euro they will eventually leave the EU altogether because the EU itself is doing very little to help those countries and quite honestly there isnt much they can do except print more EURO Fiat currency and offer it to them as loans.Apart from that the EU insist that they handle the situation by themselves which rather begs the question of WHY the FUCK they should bother being members of it in the first place as there certainly dont seem to be any advantages that i can think of SO of course if the EU does bail them out with Fiat currency it will in turn cost us in the UK MORE in terms of what we pay in as another virtually bankrupt nation ourselves who can ill afford to bail out another country that is useless at taking care of its own financial affairs because its inherently corrupt.

If Greece and Italy for example decide to voluntarily leave the EURO then that in itself will result in the EURO itself crashing and the whole European banking system.

I dont think the EU will let this happen because it will result in a massive financial black hole in the accounts of the EU banks presently valued @ approx 800 billion EUROS in Italian and Greek govt bonds that will instantly lose 2 thirds of their value.

So WHAT is the point in the EU refusing to help them at present unless the situation has changed now and i dont know about it.

WHY delay the inevitable ??

The EU wont kick them out of the EURO/EU voluntarily unless its decided unanimously by the other member states and seeing that the majority of the EU nations or all of them are ruled/governed by avowed Globalist Bilderberger EU advocates then thats very unlikely to happen as no empire likes to voluntarily let go of its lands that it has seized as the only way that this happens is when it collapses or disintegrates.EU banksters will seize assets and infrastructures of those countries as banks are rather averse to writing off their own losses as is already evidenced by the bailouts in the UK and the US and if anything bankruptcy is the perfect opportunity to seize assets since they have had their sovereignty seized already.

If those countries collapse completely then we will see a lot more of the riots that we saw in Athens recently and then when that happens the newly formed EU military and police force will enter Greece without a second thought to stabilise them as they will only be too happy to help then.

Everyone was saying "why does the EU have to have a unified military force when it wont be fighting itself ?".Well apart from defending its own territory of course its there for situations like this one as it has the jurisdiction to operate and do what the hell it likes in any EU member state in the event of collapse or civil unrest etc.

So the "Third Way" if you forgive my intentionally ironic use of that term is for us in the other member states of the EU to collectively bail out those 4 ex-nation states which means that WE have to pay and subsidise and pour more cash into the financial black hole that is the EU that is one of the most criminal organisations on the planet.

Another option considering that the heads of the EU and the G20 are all Bilderbergers and cowards at that so they might consider cutting their losses here.

Sooner or later and preferably everyone with even half a brain in their heads will realise what an ill-conceived huge costly mistake the EU actually is and thats just in terms of economics.A monument to stupidity and if you have money in the European banking system then if i was you i would bail yourself out of it and move your cash out of the EU zone if possible because the EURO will be worthless.

After some time of adjustments countries will revert back to their original currency but there will be massive fallout that is indeterminate because this is an unprecedented situation.

Top banking tip : Bank with the Bank Of Rothschild or whatever they are called because they NEVER lose money no matter what the economic circumstance because they amongst others own the banking system and they own YOU if you live in the UK as you are nothing more than Chattel and property of UK Corporation PLC [Private Limited Company] and not only that but they own this country as well or at least a large percentage of it.

The fact is myself and many others have been right about this all along but this is going to get really interesting as we are in unknown territory.
Posted by Peter Wolf at 10:33 No comments: Links to this post